To chose Perth as the staring point of the ‘Solo-Tour’ was a good decision. It’s pretty good connected with Perth Port were the MC arrived and shows up with a relaxed atmosphere. You won’t believe that 1.8 million people are living here.

Next to the sight seeing I visited an exibition in the Western Australian Museum, been to the Museum of contemporary arts and to the King’s Part/Botanic Gardens. That all was free of charge and very interesting to visit. 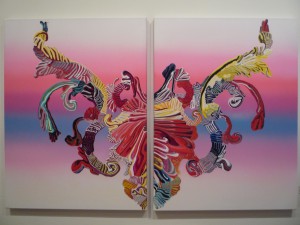 Of cause I had to visit Fremantle as well. Once the bike arrived here… Seems to be a nice town which is pretty much frequented by backpackers. At least it was packed with young guys in party mood.

Absolutely worth a visit is Fremantle Prison Museum which was open from 1854 until Novembre 1991. And you may believe it or not: ‘Till the very last day the inhabants had to share 1 shit bucket per cell. What did the WHO say to those curcumstances in a civilized country?? Guided tour was 20$ and worth every single penny. The prison is on the list of ‘world heritages’ since a couple of years. 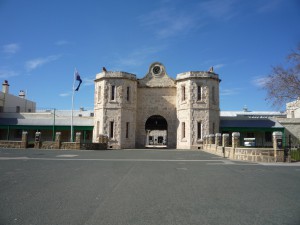 Especially worth mentioning is a small plant which tries to grow up here: The Whipper Snapper Distillery. They’re going to produce a Burbon Whiskey, but it’ll take until spring 2016 to call it so. 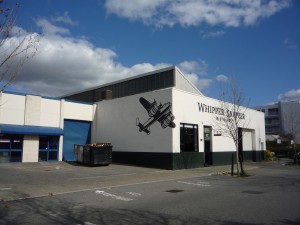 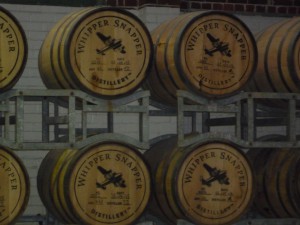 When I asked for a tasting around 11:30a.m. I was the only guest, so a tasting was organized instandly. Lucky boy I was. I was offered a clear corn, a six weeks ‘old’ Moonshine and four and a half month ‘old’ one. It was unbelievable how tasty the shots already were. Maybe it’s because they’re distilling their stuff 20 (sic!) times. If the development of this drink continues that way, a new star will arrive on the whisky planet. If I head for Perth next year again, I’ll surely show up there again to try the real stuff. If you want to have an eye on it: www.whippersnapperdistillery.com/

Well, prologoue will find an end tomorrow and finally the tour starts. To be honest I face it with mixed emotions, but that’s the way it has to be anyway.

7 thoughts on “Prologue 2: Perth and Fremantle”