Well, what are you doing, coming back home to the European spring after being on tour for 209 days and after 34,410ks?

Perfectly clear: you add another small tour across the British Isles and Germany.

You have to have some goals on your trips, and therefore the horiZons unlimited-rallies in Wales and Northern Ireland are the just perfect events to ride to. There you’ll meet like minded people, will have nice chats and interesting workshops are guaranteed as well as amazing traveler reports. 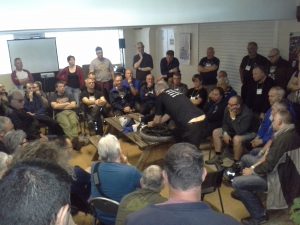 Wales. Grant knows how to change a tyre easily. Good on him…

So I hit the road again and head for Wales via the Netherlands, Belgium, France and England. As expected these rallies are a source of inspiration and, well, it’s curious how other people are travelling. I had to learn that you don’t necessarily need an Enduro to cross the deserts on our globe. 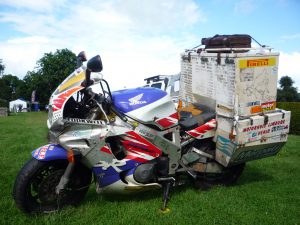 These guys from the Netherlands prove that an Enduro is not needed to ride through the deserts. Mad guys… 🙂 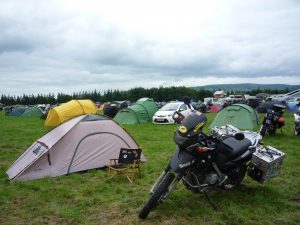 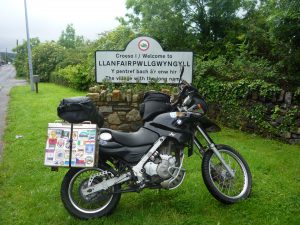 Try to pronounce this name…

The rally in Northern Ireland starts a week ahead. Plenty of time to explore Wales and the Republic of Ireland.

Northern Ireland rally – different people, same issues. Again good inspirations and a sense of well-being between all there beautiful maniacs. 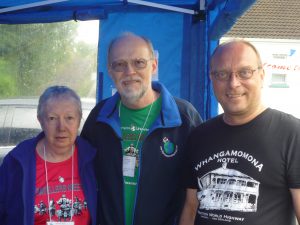 With Susan and Grant from HU in Northern Ireland 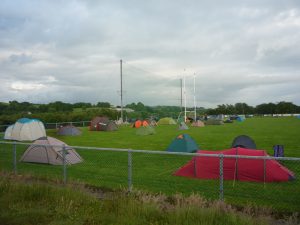 Especially I look forward to meeting Maggie again. She lives in a small town called Ballymore, which is famous for the deadly injured racer Joey Dunlop. Though we only have time for a couple of pints it is wonderful to meet her again, who I met month ago in the Australian Outback and spent some days with. 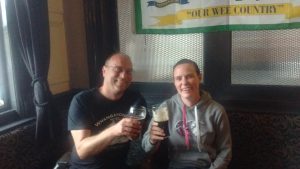 With Maggie in Joey’s Bar in Ballymoney, Northern Ireland 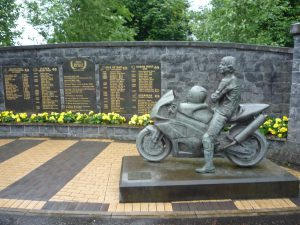 While securing my bike on the ferry from Belfast to Scotland, a P&O crew member treated my bike so roughly, that the side stand broke. Gosh, it’s impossible to continue the tour without a stand!!!! 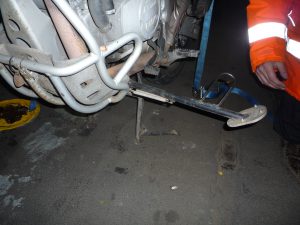 Bad treatment from the P&O crew 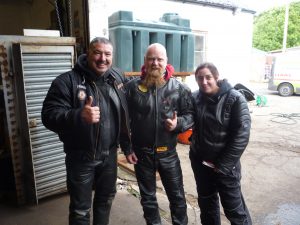 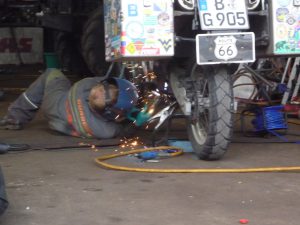 Fraser fixes what the P&O crew has messed up. 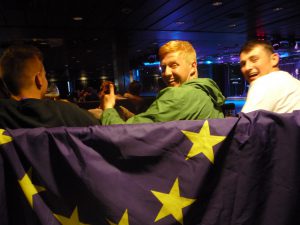 What young Brits think about the Brexit – Nothing!

I would like to thank Dave, Berry and his wife who spend some of their time and guide me to an agricultural workshop, where it was up to Fraser to fix that mess. And he didn’t charge me anything. Cheers, mates!!! 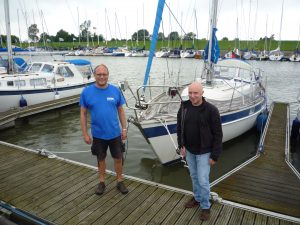 Than it really came the time to calm down and relax for a while. And is there a better place to do so than the parent’s house? I spend 3 weeks there and didn’t touch my bike too often. Instead, my best friend Steff invites me on a sailing trip to Helgoland – German’s only open sea island. And what a fun it was with a storm force 6-7. 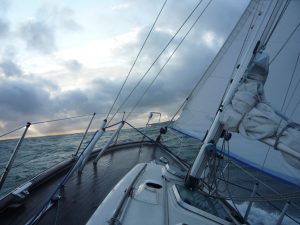 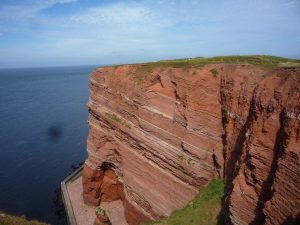 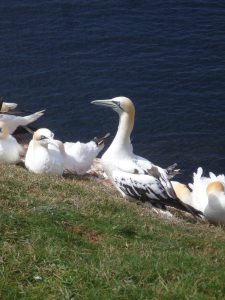 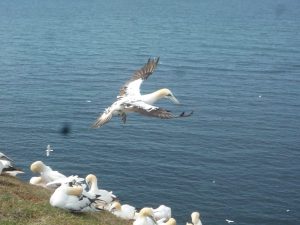 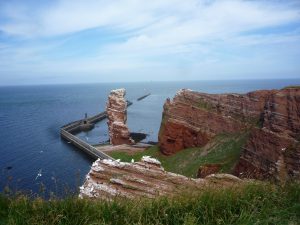 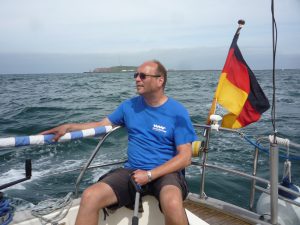 Back on propper land it is time to ride back to Berlin. My apartment is still occupied for another couple of weeks, so I ride via the south of Germany to Berlin, which is in the east. A good chance to visit some friends and family, who are spread all over the country 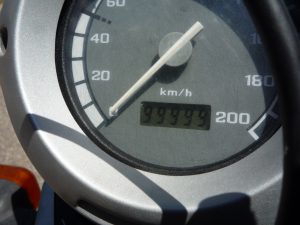 For most people just numbers… 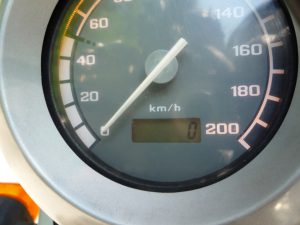 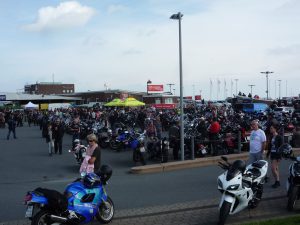 I hope you have enjoyed reading this blog. Maybe the one or other is animated to plan his/her own trip now, leaving everyday’s rut behind for a while to enjoy the freedom of independence.

To say it with the very first words of this blog:

Catch Your Dreams Before They Slip Away